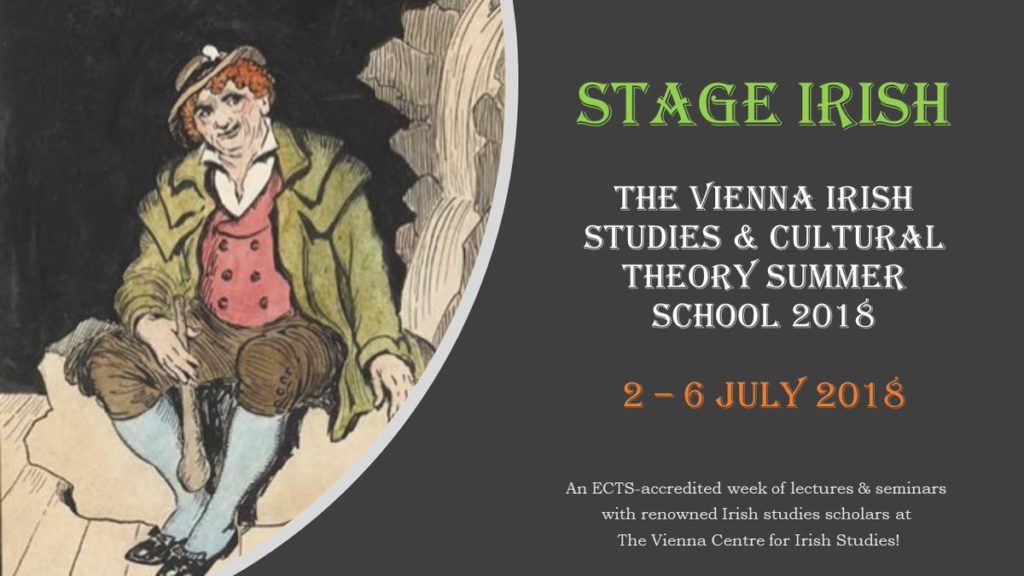 Registration is now open for an ECTS-accredited week of lectures and seminars with internationally renowned Irish studies and cultural theory scholars at the Vienna Centre for Irish Studies!

This year’s theme of ‘Stage Irish’ offers students the opportunity to develop and deepen their analytical skills and theoretical knowledges regarding the interfaces between performance, performativity, spectatorship, and identity.

Through guided close readings and discussions of Irish literature, drama, art, music, film, television, and popular culture, students and lecturers will explore diverse modes of (mis)representing,
performing, articulating, witnessing, and deconstructing Irishness as a parochial, (inter)national, gendered, religious, artistic identity. This focus reveals tensions between self-image and Othering,
innovation and cliché, cultural production and negotiated reception, and allows us to address a diverse range of genres, media, platforms, and historical-cultural contexts, including,

The Summer School will be accredited according to the ECTS system
Attendance: 2 ECTS points; attendance + term paper (to be handed in by 15 September): 5 ECTS points