CFP: Aftereffects and Untold Histories: Politics and Spaces of Performance since the 1990s 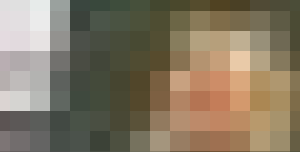 Aftereffects and Untold Histories: Politics and Spaces of Performance since the 1990s

In April 2020 the National College of Art and Design in Dublin will mount an international conference on performance and performativity since the 1990s. It will be one of the College’s key contributions to L’Internationale research network, Our Many Europes.

Over three days, historians and critics, artists and activists will reflect on the ways in which performance – understood in broad terms as the activities of artists as well as other creative figures and social organisations – has sought to have social, political and other kinds of effects.

The 1990s was a period of considerable transformation, with the end of communist rule in the Eastern Bloc and the arrival of turbocapitalism as well as new forms of nationalism. AIDS activism as well as forms of civil rights campaigning for matters like same-sex marriage brought new forms of performativity to public space, as well as sharp reaction from the conservative right. The body-mindedness of much performance and political activism was a reflex of these and other changes.

From our Dublin setting, we are open to all geographies but are particularly interested in reflecting on those performance histories which have been poorly recorded or/and occurred in ‘peripheral’ settings.

The conference will combine screenings, talks, conversations and performances with invited speakers, including key artists, activists and curators from the period.

We also invite papers from scholars engaged in new research on the period. Proposals for 30 minute talks should be sent to crowleyd@staff.ncad.ie by midnight Monday 6th January 2020 (200 word outline and short CV). Invitations will be issued in mid January 2020.

Holding the view that the themes, issues and modes of performance in the 1990s are neither outmoded nor ‘over’, we are particularly interested in tracing lines of connection between past and present, as well as those promises of the 1990s that failed to come to pass.

NB Speakers will be paid a fee of 200 Euro to offset travel and accommodation costs. No other financial support will be offered.

Under the broad theme of ‘Our Many Europes’, the network sets out to explore the ways in the 1990s created the conditions under which Europeans live today. The network will conduct research, issue publications and mount exhibitions. The project is supported by an EU Culture Grant for the period 2018-2022.